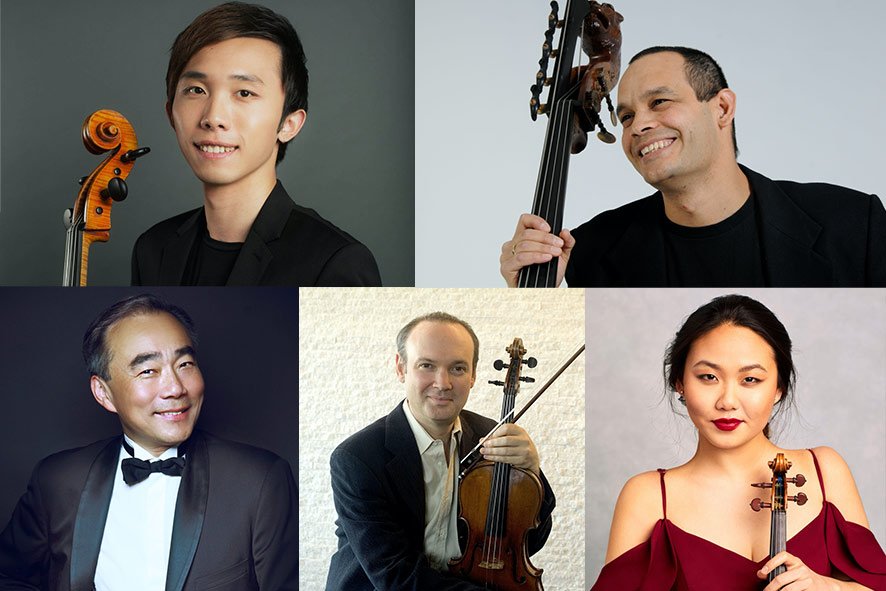 This concert will be performed for approximately one hour, with no intermission. 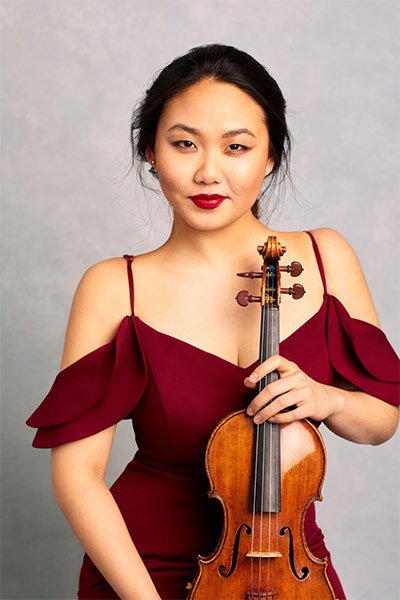 Praised for her “phenomenal maturity” and “fresh and spontaneous, yet emotionally profound and intellectually well-structured performance” (Jerusalem Post), American violinist Stella Chen garnered worldwide attention with her first-prize win at the 2019 Queen Elisabeth International Violin Competition, followed by the 2020 Avery Fisher Career Grant and 2020 Lincoln Center Emerging Artist Award. After debuts with the Chicago Symphony and Chamber Orchestra of Europe in summer 2021, her auspicious 2021-22 season sees her recital debut at Carnegie Hall and recital, concerto, and chamber music appearances throughout Europe, Asia, and North and South America, including debuts with Kremerata Baltica, German State Philharmonic, and New Japan Philharmonic. She also appears with the Chamber Music Society of Lincoln Center both in New York and on tour as a member of CMS’s Bowers Program. Her most recent engagements include appearances with the Belgian National Orchestra, Brussels Philharmonic, and the Luxembourg Philharmonic and at the Phillips Collection in Washington, DC, Salzburg Mozarteum, Ravinia, and Kronberg Academy Festivals. She has appeared as a chamber musician in festivals including the Perlman Music Program, Music@Menlo, the Sarasota Festival, and Yellow Barn. She is the first recipient of the Robert Levin Award from Harvard University, the top prize winner of the Tibor Varga International Violin Competition, and youngest ever prize winner of the Menuhin Competition. 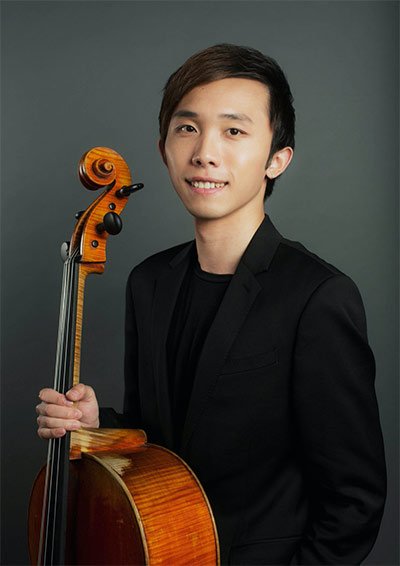 Sihao He first came into international prominence in 2008 as a 14-year old cellist winning first prize at the International Antonio Janigro Cello Competition in Croatia. Later that same year, he won the National Cello Competition in his native China. He is also the Grand Prize winner of the prestigious 3rd Gaspar Cassadó International Cello Competition in Japan and third prize recipient at the 2019 ARD International Competition in Munich, Germany. As a soloist, he has performed with many leading orchestras including the Bavarian Radio Symphony Orchestra, Munich Radio Orchestra, Tokyo Philharmonic Orchestra, Brussels Philharmonic, Münchener Kammer orchester, Royal de Chambre de Wallonie, and Orquestra the Sinfônica de Piracicaba in Brazil. In the US, important performances took place before audiences at the Metropolitan Museum, the U.S Supreme Court Historical Society in Washington, DC, and a recital at the Myra Hess Concert series in Chicago. As a chamber musician, he appeared at the Shanghai Electronic Music Week, in the US at Music@Menlo, and in Europe at the Rome Festival. He has performed with the Joseph Silverstein, Pinchas Zukerman, Donald Weilerstein, and the Calidore Quartet. Before coming to the US his string Quartet, Simply Quartet, won first prize at the Haydn Invitational Chamber Music Competition in Shanghai, and was awarded “The Most Promising Young String Quartet” at the 4th Beijing International Chamber Music Competition. He is a member of CMS’s Bowers Program. 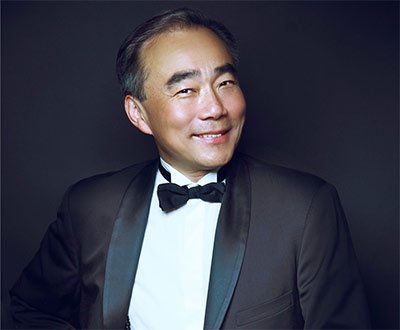 Violinist Cho-Liang Lin is lauded the world over for the eloquence of his playing and for superb musicianship. In a concert career spanning the globe for more than 30 years, he is equally at home with orchestra, in recital, playing chamber music, and in the teaching studio. Performing on several continents, he has appeared with the orchestras of New York, Detroit, Toronto, Dallas, Houston, Nashville, San Diego, and the Los Angeles Chamber Orchestra; in Europe with the orchestras of Bergen, Stockholm, Munich, and the English Chamber Orchestra; and in Asia with the orchestras of Shanghai, Hong Kong, Singapore, Malaysia, Bangkok, and the National Symphony Orchestra of Taiwan. An advocate of contemporary music, he has collaborated with and premiered works by Tan Dun, Joel Hoffman, John Harbison, Christopher Rouse, Esa-Pekka Salonen, Lalo Schifrin, Paul Schoenfield, Bright Sheng, and Joan Tower. Also an avid chamber musician, he has made recurring appearances at the Chamber Music Society of Lincoln Center, the Aspen Music Festival, and the Santa Fe Chamber Music Festival. As music director of La Jolla Music Society’s SummerFest from 2001 to 2018, Mr. Lin helped develop the festival from one that focused on chamber music into a multidisciplinary festival featuring dance, jazz, and a new music program. He also serves as artistic director of the Hong Kong International Chamber Music Festival. In 2000 Musical America named him its Instrumentalist of the Year. He is currently a professor at Rice University’s Shepherd School of Music. He plays the 1715 “Titian” Stradivarius. 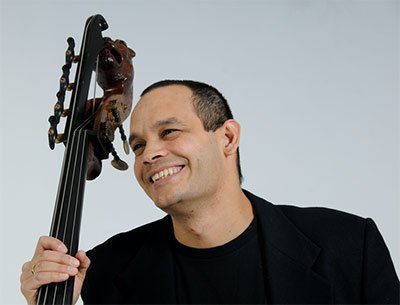 Anthony Manzo’s vibrantly interactive and highly communicative music making has made him a ubiquitous figure in the upper echelons of classical music, performing at noted venues including Lincoln Center in New York, Boston’s Symphony Hall, and the Spoleto Festival in Charleston. He appears regularly with the Chamber Music Society, both in New York and across the country. He serves as the solo bassist of San Francisco’s New Century Chamber Orchestra and as a guest with the Orpheus Chamber Orchestra and A Far Cry. He is a regular guest with the National Symphony Orchestra, the Smithsonian Chamber Society, and the Baltimore Symphony when he happens to be near his home in Washington, DC. Formerly the solo bassist of the Munich Chamber Orchestra in Germany, he has also been guest principal with Camerata Salzburg in Austria, where collaborations have included a summer residency at the Salzburg Festival and two tours as soloist alongside bass/baritone Thomas Quasthoff, performing Mozart’s “Per questa bella mano.” He is an active performer on period instruments, with groups including The Handel & Haydn Society of Boston (where his playing was lauded as “endowed with beautiful and unexpected plaintiveness” by the Boston Musical Intelligencer), Philharmonia Baroque in San Francisco, and Opera Lafayette in Washington, DC. He is on the double bass and chamber music faculty of the University of Maryland. Manzo performs on a double bass made around 1890 by Jerome Thibouville Lamy in Paris (which now has a removable neck for travel!). 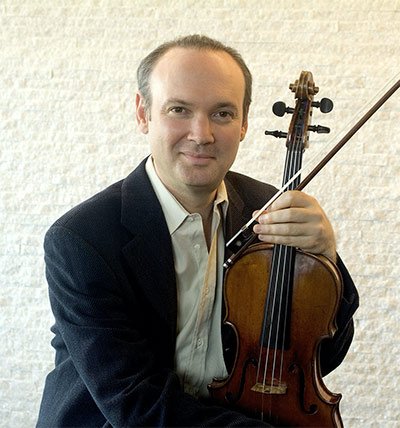 Violist Paul Neubauer has been called a “master musician” by the New York Times. He recently made his Chicago Symphony subscription debut with conductor Riccardo Muti and his Mariinsky Orchestra debut with conductor Valery Gergiev. He also gave the US premiere of the newly discovered Impromptu for viola and piano by Shostakovich with pianist Wu Han. In addition, his recording of the Aaron Kernis Viola Concerto with the Royal Northern Sinfonia was released on Signum Records and his recording of the complete viola/piano music by Ernest Bloch with pianist Margo Garrett was released on Delos. Appointed principal violist of the New York Philharmonic at age 21, he has appeared as soloist with over 100 orchestras including the New York, Los Angeles, and Helsinki philharmonics; National, St. Louis, Detroit, Dallas, San Francisco, and Bournemouth symphonies; and Santa Cecilia, English Chamber, and Beethovenhalle orchestras. He has premiered viola concertos by Bartók (revised version of the Viola Concerto), Friedman, Glière, Jacob, Kernis, Lazarof, Müller-Siemens, Ott, Penderecki, Picker, Suter, and Tower and has been featured on CBS’s Sunday Morning, A Prairie Home Companion, and in Strad, Strings, and People magazines. A two-time Grammy nominee, he has recorded on numerous labels including Decca, Deutsche Grammophon, RCA Red Seal, and Sony Classical and is a member of SPA, a trio with soprano Susanna Phillips and pianist Anne-Marie McDermott. Neubauer is the artistic director of the Mostly Music series in New Jersey and is on the faculty of The Juilliard School and Mannes College.