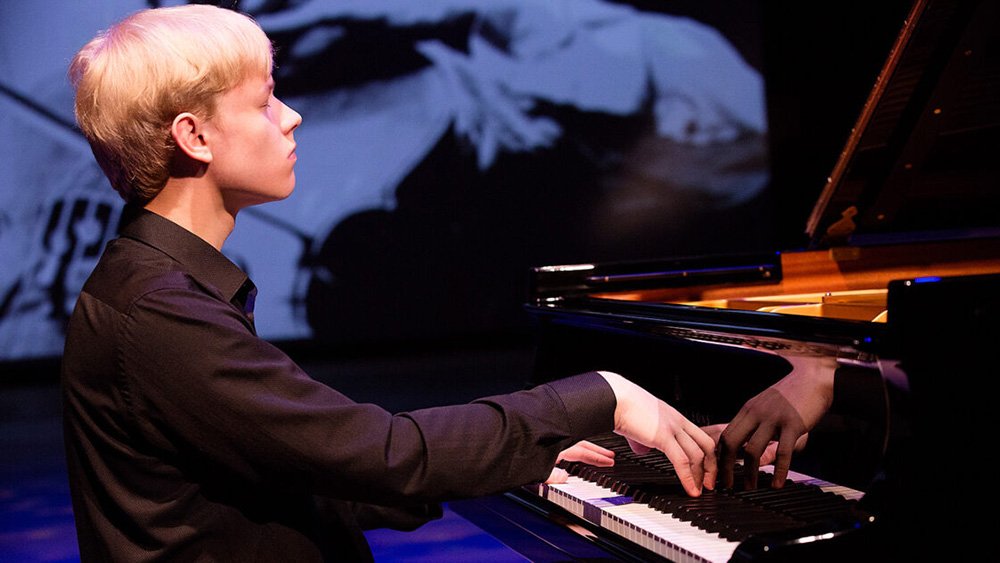 Principal Underwriters:
The Tuesday Evening Concert Series Board in memory of Paul Cantor

“The concert opened with the performance of a true angel who descended from heaven: Alexander Malofeev… delights us with the maturity of performance, [and] the bright future undoubtedly awaits him…”
— France Net Infos

“Alexander Malofeev manifests the piano mastery of the new millennium in itself.”
— Il Giornale

Now aged twenty, the young “Russian genius” (Corriere della Sera) came to international prominence when, in 2014, he won the International Tchaikovsky Competition for Young Musicians at age thirteen. “Contrary to what could be expected of a youngster …, he demonstrated not only high technical accuracy but also an incredible maturity. Crystal clear sounds and perfect balance revealed his exceptional ability” (Amadeus).

In 2016 Alexander Malofeev released his debut recital DVD with works by Liszt, Tchaikovsky and Medtner.

Alexander was born in Moscow in October 2001. He is currently a junior student at the renowned Gnessin Institute of Music in Moscow, where he studies with Elena Berezkina. In addition to his 1st prize at the Tchaikovsky Competition for Young Musicians, he has won numerous awards and prizes at international competitions and festivals, including the Grand Prix of the International Competition for Young Pianists Grand Piano Competition, the Premio Giovane Talento Musicale dell’anno 2017 and Best Young Musician of 2017. Also in 2017, Alexander became the first Young Yamaha Artist.  He holds scholarships from the New Names Foundation and the Vladimir Spivakov Foundation.